Thinking on the end

I'm still living in the land of the Greeks and still have little time for any art of my own. I did write a short essay this week that I shared with the students and will share here, as well. We're learning to use a proverb as a building block for composition. Enjoy, but not too quickly. ;-)

Acting in haste can lead to unfortunate consequences, and the proverb “Think on the end before you begin” is a good motto to live by. At the beginning of any undertaking, whether it is an everyday choice or a bigger decision, it is a good idea to think ahead to the consequences. Since every choice a person makes corresponds to another action or choice, it is important to evaluate what the potential consequences could be. If a person fails to think ahead he or she may be unpleasantly surprised when an unexpected end result occurs.

A good example of someone who did not think about his actions was King Midas. In mythology, and some think in real life as well, Midas was one of the wealthiest kings of the ancient world. Yet despite his immense riches he wished to have even more gold. After performing a good deed, he was given a wish by the god Bacchus as a reward. Without stopping to think about the end results any wish might bring about, Midas quickly wished that everything he touched would turn to gold. Bacchus tried to talk the greedy and foolish king out of making this wish, but Midas persisted and Bacchus granted the wish. It didn’t take long before Midas realized his terrible mistake. He had not stopped to think that his wish meant that even his food and drink would turn to gold or that any loved one he might wish to hug would also turn to gold. Luckily Bacchus was willing to undo Midas’s wish and turn his touch back to normal. 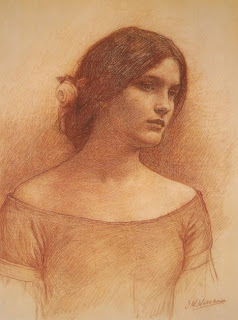 If King Midas had considered the end result of his wish, he would have been spared quite a bit of trouble. Many of life’s everyday choices still have big consequences and should be thought through with some degree of carefulness. For example, at the end of the day most people want to go home and spend some time in an enjoyable activity. There is nothing wrong with spending a few minutes reading, playing a game or watching a television show, as long as the person has thought about what other things need to be done in that same period. If there are chores, or tasks like homework (if one is a student), or preparation for work the next day (if one is a grownup with a job) that need to be done, it would be wise to think about which activity should receive the most time. If one does not plan the evening carefully it would be easy to spend too long on the wrong activity and end up in some form of trouble. Some students earn poor grades by not thinking in advance about how to best spend their time. They are surprised when they run out of time to finish a paper and unhappy when they receive a poor grade on it. Perhaps if they had thought about the end at the beginning they would have planned more wisely and the results would have been better.

I once ended up in a disagreeable circumstance at a job by not thinking about what the end result of my actions would be. When a friend in the office where I worked left her job, I was elated to be chosen to fill the position. Before leaving, she took the time to explain to me what tasks were fun to do and which tasks were especially unpleasant, then exhorted me to avoid the latter as much as possible. When the other workers would come to me with these “unpleasant tasks” I would find a way to avoid doing them, even though they were part of my job description. I never stopped to think about what the end result would be until I came into work one day and was met by my boss, who asked me to come into her office. Her words were far more unpleasant than any of the tasks I was so eager to avoid would have been. However, like Bacchus, she was kind enough to give me a second chance and I was grateful to not be fired. What I liked to do did not matter, and if I had stopped to think about what the end result of trying to avoid my job duties was, I would have made better choices!

Taking a little time to think about the possible end results of an action is a wise thing to do. It can prevent trouble and extra toil, as well as allow a person to take a different route that might lead to a better outcome. Midas would have been spared grief. Students could achieve better grades. I would have not come within a hair’s breadth of being fired, if only some thought were given ahead of time. And if one persists in not thinking before acting, there is an African proverb that sums up the unfortunate end results: Haste is the sister of repentance.