Self-Expression and Art: What is the Connection? 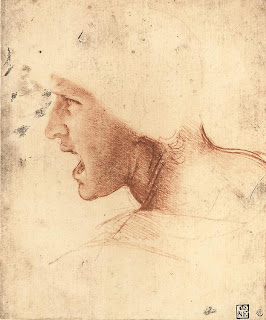 I have not had much time to do anything other than study and prepare for classes, grade student work and feed my family as I make the transition to full-time teaching. This article was written for our school newsletter, but I have adjusted it for publication here.

In the course of teaching art there has been one concern consistently presented to me from parents and, to a lesser degree, students: the anxiety over students’ self-expression. In truth, the concept of visual art as merely a means of self-expression and an opportunity to share one’s creativity is really a modern concept, but one that has permeated the arts quickly and to a point where it has become the dominant goal in most visual arts. While self-expression has value, it was not the focus of the arts for most of history and is not the focus of my school art classes until the end of the art training process. Instead my curriculum is based on the ideas and methods from the past that helped produce the great art of earlier centuries, which came long before the late 1800s and the concept of art as merely self-expression.

One of the most basic methods of teaching art, which has a long, honored history, is the method that is the most antithetical to today’s focus on self-expression: copying. Leonardo da Vinci, Michelangelo, Botticelli, Raphael, Rembrandt, and Rubens were all taught painting (and sculpting, in Michelangelo’s case) in an apprenticeship or workshop situation where the apprentices began by learning how to prepare tools and then moved on to years of copying the works of their masters before being allowed to work independently. When they were deemed ready, they created a work of their own that was presented to the local guild to determine if they could be granted the title of master. This piece of art was their “masterpiece” and is the origin of the term we still use today to describe an artist’s best work. Even after the Renaissance and Baroque eras, the academies that grew up to replace the apprentice system placed a high value on the process of copying, and modern classical ateliers use the process as well. 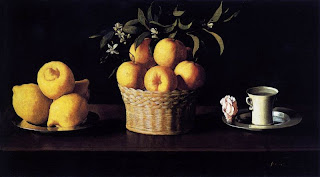 In art the tool of copying means reproducing a past work of art that exemplifies whatever concept the student is learning. The goal is not simply to reproduce and claim the copy as one’s own work, which would be problematic, but to reinforce the concept studied. For instance, while learning the different methods of perspective, students in my basic drawing class choose one of two images to copy. One piece requires students to reproduce the perspective using shading techniques, while the other drawing forces students to use vanishing points and convergence lines to create the illusion of depth. In painting class students copy a sphere in different values of black and white to understand how to make shadows to create depth, which prepares them for later assignments that include other spherical subject matter, such as still lifes and portraits. By allowing the students to copy a previously painted work, the task becomes simpler because students do not have the added burden of composing a pleasing arrangement of items, nor do they have to attempt to translate three dimensional forms to a flat, two-dimensional surface. Copying allows the students to focus on learning specific skills without the stress of creating subject matter.

The copying process is one of many tools for training, and proper training is essential if one desires to reach the stage of self-expression. Piano training begins by teaching students to understand the keyboard and its notes and chords and is followed by hours of practice training one’s hands to find the right notes each time a composition is played. Imagine what would happen if a beginning piano student were led to the instrument, seated and then told to “Be creative!” Without proper training beforehand, the result would be auditory pandemonium and listeners would quickly flee. In visual art the result is frequently no less palatable, yet this approach is what some people expect in art programs.

But now imagine that the student has been properly prepared. What is the result? At the piano the result is lovely, flowing music. In the visual arts the result is a composition that is pleasing because it implements the concepts the student has learned and uses the proper tools and techniques to achieve the goal of the work. Are there sometimes mistakes? Yes. Even the most seasoned performer or artist misses a cue or puts a brushstroke in the wrong place; but these mistakes happen less frequently with instruction and practice. Copying from a masterpiece helps the student to see where to place the brushstroke to create the desired shape or where to place the color to form a shadow, and the longer the method is used the easier it becomes to dissect the masterpiece to learn from it. 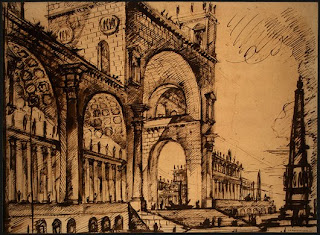 It does not take long for serious art students to appreciate the value in following in the steps of a master. But of course, the ability to copy is not the desired end goal, it is just the tool used. Once students have learned the basics, they move to a more advanced class, where the training focuses on exploring some of those same techniques on a deeper and more thorough level. The rigid structure of the early classes eases some as students are allowed a little more freedom within the skills and concepts learned. Then, in my upper level art classes, students are allowed to explore mediums, skills, techniques and subject matter of their own choosing. Ironically the students who rebel against the early stages of learning frequently do have a vision they want to express, but not the patience to follow the process and learn the techniques needed to express their vision. This rebellion often leads to frustration and, sadly, they quit and never reach the self-expression stage that they so desire.

This process of learning art mirrors the training levels of the Trivium upon which my whole school is based. This year marks a milestone for my school’s art program. As part of a recent restructuring I have been able to add the second and third stages of this art training process by offering classes that allow deeper and individualized study. The most exciting class is the studio art class, which is designed for upper level students who have previous art training to be able to create their own study program. Some of this semester’s projects include painting, storyboarding for movies, pottery, sculpture and photography. The class itself is the fulfillment of a dream for my art program as a whole, in that the students have learned basic skills that now allow them to explore their interests successfully and express the visions they have. At last, they have reached the self-expression stage of the process, and they are greatly enjoying the fruit of their previous labor.

Images shown: Leonardo da Vinci's "Head of a Warrior", Francisco de Zurbaran's "Still Life with Lemons, Oranges and a Rose", Giovanni Battista Piranesi's "Fantasy on a Magnificent Triumphal Arch"
All are used in my class.
Posted by larin at 10:11 AM