Why is it that our Christmas tree changes after December 25? The beauty is still there, but the magic has evaporated, swirled away into the cold of a new year. While December 24 possesses the most mystery of any day in the year for me, December 26 is reality. The sole difference is the anticipation. For many Christians the whole season is one of anticipation, otherwise known as Advent. This year anticipation has been made new to me like never before. 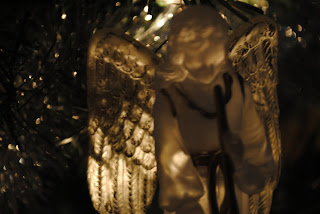 Early in December I was set to give a chapel on Advent when I received some startling news about five minutes beforehand. A rather routine medical test had shown some unusual results, and, after another test, the verdict was a pre-cancerous condition. I had not expected this outcome, and considering that I have lost six family members to cancer, the dolorous news left me shaken. Someone had said the C-word in the same sentence with my name. I did not give my Advent message (and am thankful for the teacher who stepped in with such little notice). More doctor visits were scheduled, and a different kind of Advent began for me.

Anticipation. My life has been alive with it these past few weeks. The fear of unknown procedures that certainly would involve pain was offset by the obvious need to know what my state of health actually was. One nurse suggested that I could put off a procedure until after Christmas, but my need for resolution was stronger than that, despite all my dread of needles and knives. "Cast your cares on the Lord and He will sustain you..." reads part of Psalm 55:22, and in the moments leading up to appointments with what felt like doom, I gave Him my cares. What else could I do? Even those wonderful, supportive people who have been through the same thing could not take the physical pain for me, could not take the disease away if I had it, could not erase the anxiety in my mind. Only one could grant me peace as I pondered the worst, as I spent my days anticipating test results.

In those quiet, woeful moments as I tried desperately not to worry, I realized that I was encountering a different sort of Advent. Every day was full of anticipation. Did I dare look at my phone during the school day? What if the doctor had called and it was going to be the worst news? Would I want to know then, or could I wait until the end of the day? Could I be strong? Deuteronomy 31:6 (frequently referred to in other places in the Bible, as well) reminded me to "Be strong and courageous. Do not be afraid or terrified because of them, for the LORD your God goes with you; he will never leave you nor forsake you.” Could I let go of my worries to feel peace in the face of, and in the place of, fear?

With so many normal Christmas season concerns pushed aside in my mind (sorry my present wasn't wrapped--I've been preoccupied; walking hand-in-hand with my son as we shop, not totally caring if I buy your gift, rather than racing from store to store; leaving decorations packed and not worrying about a perfect home [aside from one peevish moment when a change of plans brought out the ugly part of me]; listening to the songs about heavenly peace with a new attitude), a new question arose. If this is what anticipation is like, then what should my anticipation of the Savior's return be like? Do I wait for His return with the same anxiousness that I waited for test results? I have never been one to wake up everyday wondering if today will be the day of His return. Instead my philosophy has been that everyday is one day closer to 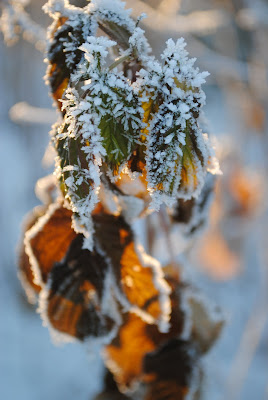 fulfillment of that promise, so let's live in His service everyday. (Boy do I fail miserably everyday. Please don't get me confused with those Christians who think they don't fail--I'm more than aware of each stumble I make.) Today, however, I am thinking anew of what anticipation is like and how I wait for the Savior, because that is what Advent is all about: It is the season where the saints (in the Biblical sense) look ahead to the Second Coming even as we prepare to celebrate the First.

New, according to Merriam-Webster, means "taking the place of what came before." And that is just what I have in terms of my understanding of anticipation. I pray that something will touch you this season in terms of your relationship with the true once and future King, Jesus. I also pray that it won't be as dire as my journey, which by the way has a happy ending. After two biopsies for two different kinds of cancer I am more than happy to report that I have neither. Praise God! I will be checking in with my doctor a little more frequently, but my prayers for good health have been answered in the positive. In Acts 5:19-20 the angel told the apostles to “Go, stand in the temple courts...and tell the people all about this new life.” My gift for you this Christmas is a prayer that you will find this new life in the form a of a baby born to restore the relationship between you and God. God's gift for you is redemption, but it is your choice to take it or reject it. Blessings to you today and everyday! (What good timing--my Christmas Pandora station has just begun playing Handel's "Hallelujah Chorus," which is exactly what I feel right now!)

Luke 2
1 In those days Caesar Augustus issued a decree that a census should be taken of the entire Roman world. 2 (This was the first census that took place while Quirinius was governor of Syria.) 3 And everyone went to their own town to register.

4 So Joseph also went up from the town of Nazareth in Galilee to Judea, to Bethlehem the town of David, because he belonged to the house and line of David. 5 He went there to register with Mary, who was pledged to be married to him and was expecting a child. 6 While they were there, the time came for the baby to be born, 7 and she gave birth to her firstborn, a son. She wrapped him in cloths and placed him in a manger, because there was no guest room available for them.

8 And there were shepherds living out in the fields nearby, keeping watch over their flocks at night. 9 An angel of the Lord appeared to them, and the glory of the Lord shone around them, and they were terrified. 10 But the angel said to them, “Do not be afraid. I bring you good news that will cause great joy for all the people. 11 Today in the town of David a Savior has been born to you; he is the Messiah, the Lord. 12 This will be a sign to you: You will find a baby wrapped in cloths and lying in a manger.”

13 Suddenly a great company of the heavenly host appeared with the angel, praising God and saying,

14 “Glory to God in the highest heaven,
and on earth peace to those on whom his favor rests.”

15 When the angels had left them and gone into heaven, the shepherds said to one another, “Let’s go to Bethlehem and see this thing that has happened, which the Lord has told us about.”

16 So they hurried off and found Mary and Joseph, and the baby, who was lying in the manger. 17 When they had seen him, they spread the word concerning what had been told them about this child, 18 and all who heard it were amazed at what the shepherds said to them. 19 But Mary treasured up all these things and pondered them in her heart. 20 The shepherds returned, glorifying and praising God for all the things they had heard and seen, which were just as they had been told.

21 On the eighth day, when it was time to circumcise the child, he was named Jesus, the name the angel had given him before he was conceived.
Posted by larin at 11:38 AM

Now I understand. You are a gifted writer. I need to catch up.